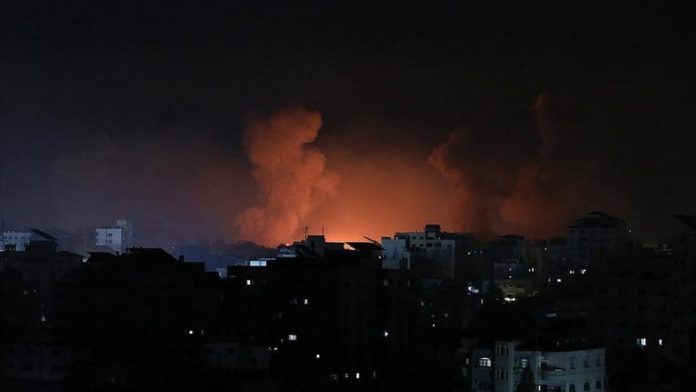 Continuing with its airstrikes, Israel on Sunday bombarded a health facility in Gaza with two missiles, an official statement said.

According to the Palestinian Health Ministry in Gaza, the missiles hit the Al-Daraj Martyrs Health Center, majorly damaging the structure and rendering it inoperable.

The statement called on the international community to intervene for the protection of health institutions and medical personnel, and for accountability of Israel’s actions.

Israeli forces have also targeted buildings in Gaza which had offices of government ministries and media offices of news outlets such as Al Jazeera and Associated Press in the past two days.

The death toll from Israeli attacks on the blockaded territory since May 10 has risen to 181, including 31 women and 52 children, according to official and Anadolu Agency figures.

Tensions spread from East Jerusalem to Gaza after Palestinian resistance groups there vowed to retaliate against recent Israeli assaults on the Al-Aqsa Mosque and Sheikh Jarrah neighborhood.

Chip shortage to ease in second half, Fitch says