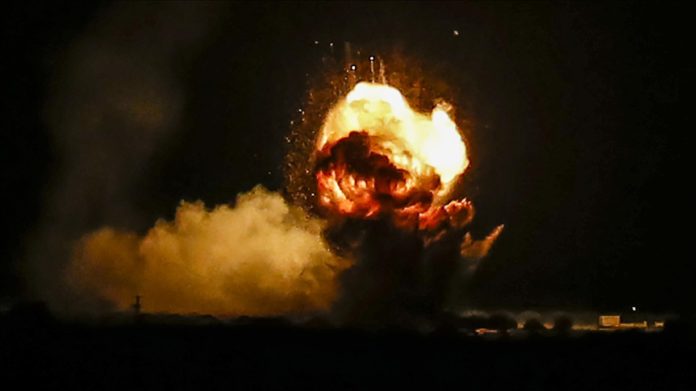 The Israeli army on Thursday said that it has attacked 300 targets in the Gaza Strip and 50 others in Syria in 2020.

“The data of 2020 found that about 300 targets were raided in the Gaza Strip and the forces thwarted 38 attempts to infiltrate through the security fence [with Gaza],” the army said in a statement that Anadolu Agency reviewed.

“176 rockets and mortars were launched from the Gaza Strip, 90% of them landed in empty areas, as the Iron Dome system [for countering short-range missiles] intercepted 80 shells and rockets that were targeting civilian areas,” the statement said.

The statement added that “as for the northern borders [with Syria and Lebanon] there have been 10 attempts to infiltrate through the security fence and 50 raids have been carried out against targets inside Syria, in addition to 20 specific operations.”

The Israeli army thwarted two attempts by Hezbollah to carry out operations on the Lebanese border, as well as disrupting another operation by a Hezbollah cell to carry out an operation on the Syrian border.