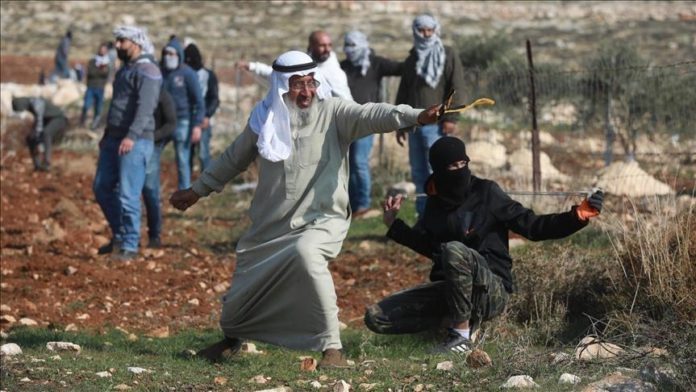 The Israeli army on Friday detained a Palestinian man who appeared in a video last week using a slingshot against the occupation forces.

Eyewitnesses told Anadolu Agency that an Israeli force raided the home of Said Arma, 51, in Deir Jarir village and detained him.

Palestinians hold rallies regularly against the Israeli settlement activity on their lands.