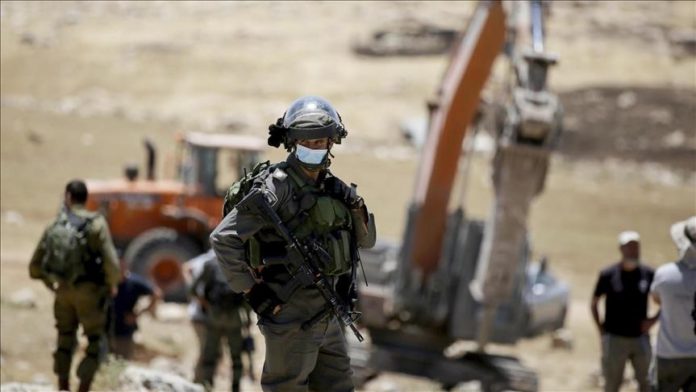 Israeli authorities demolished 729 Palestinian buildings in 2020 on the pretext of lacking construction permits, according to an Israeli human rights group.

“Israel has displaced by its policies 1,006 Palestinians, including 519 minors, after the demolition of 273 homes,” the Israeli Information Center for Human Rights in the Occupied Territories, B’Tselem, said on Monday.

It went on to say that Israel “demolished 456 structures for non-residential purposes, including vital humanitarian facilities and installations such as water and electricity networks.”

“B’Tselem investigated 16 cases of killing Palestinians in the West Bank, and it was found that at least 11 of them were killed without any justification, as none of them posed a threat to the lives of security force members or others, whether at the time of shooting at them or in general,” the NGO said.

The center pointed out that it documented 248 attacks carried out by Israeli settlers against Palestinians in the West Bank in 2020.

The attacks ranged from physical assaults and throwing stones at Palestinian homes, to targeting farmers or their properties, including 80 incidents of damaging trees and other crops, which resulted in the destruction of more than 3,000 trees.

Israeli occupation forces raided Palestinian villages and cities “at least 3,000 times and stormed no less than 2,480 homes,” it said.

B’Tselem stated that during 2020, “security forces set up no less than 3,524 sudden checkpoints in addition to fixed ones” in the occupied West Bank.

'Deadly pesticides are poison for nature, not solution'