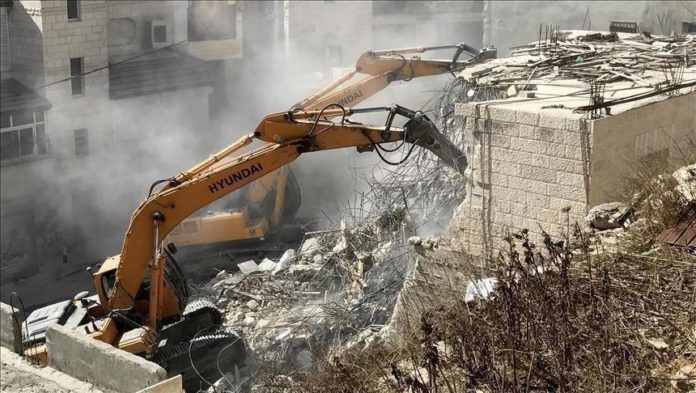 Israeli forces demolished a new Palestinian home on Sunday, in the latest spate of demolitions in the occupied West Bank, according to a local official.

The house was razed in the village of Al-Aqaba in the northern West Bank area of Al-Aghwar in the Jordan Valley, said Moataz Bisharat, who is responsible for monitoring Israeli settlement building activity in Tubas.

He said Israeli forces cited lack of a building permit in Area C for the demolition.

Israel widely uses the pretext of lack of construction permits to demolish Palestinian homes, especially in Area C in the occupied West Bank, which constitutes around 60% of its space.

Under the 1995 Oslo Accords between Israel and the Palestine Liberation Organization (PLO), the West Bank, including East Jerusalem, was divided into three portions – Area A, B, and C.

Area C is under Israel’s administrative and security control until a final status agreement is reached with the Palestinians.