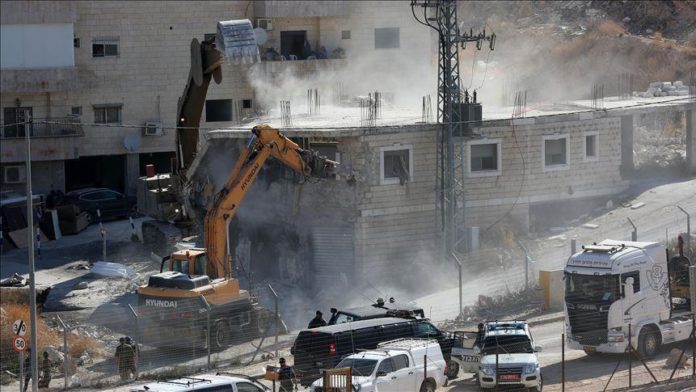 Israeli bulldozers demolished a Palestinian house in East Jerusalem on Tuesday, in the latest demolitions in the occupied city, according to the house owner.

Israeli forces evicted the house in the al-Tur neighborhood of East Jerusalem and brought it down, Mohammad Karameh told Anadolu Agency.

He said Israeli authorities cited the lack of a building permit for razing the 200-square-meter house.

Karameh said his 15-member family has been living in the house for the past eight years.

Meanwhile, nine Palestinians were injured in clashes with Israeli forces during the home demolition, according to the Palestinian Red Crescent Society.

There was no comment from local Israeli authorities on the demolition.

Jerusalem remains at the heart of the Israel-Palestine conflict, with Palestinians hoping East Jerusalem might eventually serve as capital of a future Palestinian state.