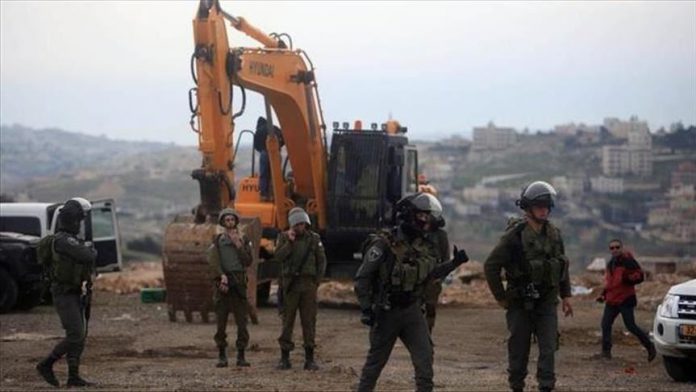 Israel has demolished or seized 40 Palestinian structures in Area C of the occupied West Bank since March 5, according to a report published on Friday by the UN.

“Since the declaration of the COVID-19 State of Emergency in Palestine on 5 March, the Israeli authorities demolished, forced people to self-demolish or seized 40 structures,” said the UN Office for the Coordination of Humanitarian Affairs (UN-OCHA) report.

It added that the demolition led to the displacement of 26 Palestinians and otherwise affected over 260 others.

On Thursday, Israel informed the UN that it would temporarily halt demolitions of inhabited