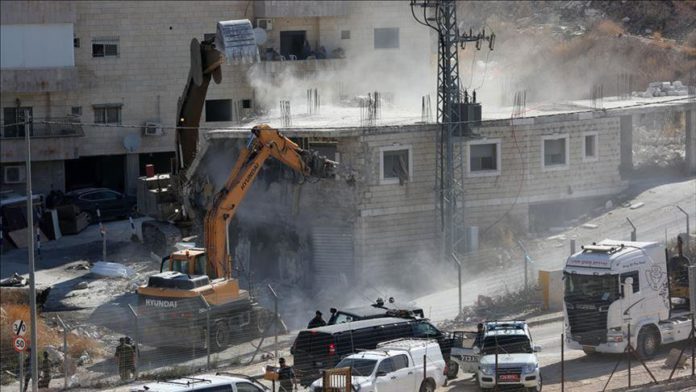 RAMALLAH, Palestine (AA) – Israeli forces demolished 16 Palestinian homes in the occupied West Bank, according to a local activist and residents on Wednesday.

He said Israeli authorities cited a lack of building permits for the demolitions.

Eight other homes were razed south of Hebron city in the southern West Bank, according to local residents.

“These demolitions are part of an Israeli plan to annex the Jordan Valley in the West Bank,” Khamis said.

There was no comment from Israeli authorities on the demolitions.

Israel is expected to annex parts of the occupied West Bank under a plan agreed by Prime Minister Benjamin Netanyahu and his rival-turned ally Benny Gantz, the head of the Blue and White party.