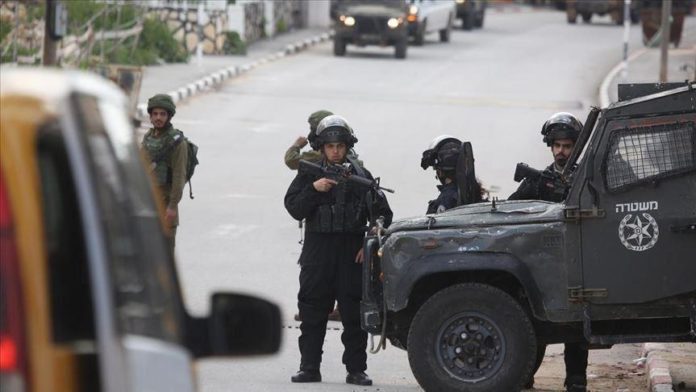 The Israeli army on Wednesday sealed off the offices of Union of Agricultural Work Committees (UAWC), a Palestinian non-profit organization in Ramallah, central West Bank, for 6 months.

Eyewitnesses told Anadolu Agency that Israeli forces raided the headquarters of UAWC after breaking its doors in Sutah Marhaba neighborhood in Ramallah.

They added the Israeli army sealed the main door of the NGO with solid metal panels and pasted an order there, closing it for 6 months.

The Union of Agricultural Work Committees has branches in different areas in the West Bank and Gaza, and works for the Palestinian farmers and agricultural development.

Meanwhile, the Israeli forces also detained the director of the Union of Health Work Committees, Shaza Abu Owda, and confiscated a vehicle of the NGO.

On June 9, the Union of Health Work Committees was also closed for 6 months.

There was no comment from the Israeli army on both incidents.