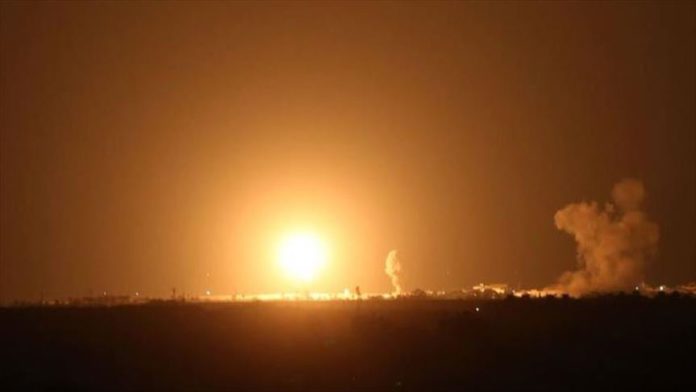 The army said the attacks were in response to rockets fired towards “Israeli territory yesterday evening,” claiming that eight of a total of 13 rockets fired from Gaza were intercepted.

Israeli warplanes struck 10 sites in Gaza, including “a weapons and explosives manufacturing factory and a Hamas military complex used for rocket training and experiments,” the army added.

An Anadolu Agency correspondent in Gaza reported no casualties on the ground, saying the Israelis targeted locations in the northern and southern parts of the strip.

Rocket fire from Gaza on Tuesday evening coincided with the formal signing of normalization agreements between Israel and the UAE and Bahrain at the White House in Washington DC.

One of the rockets landed in the city of Ashdod, wounding two Israelis.

The Al-Quds Brigades, the armed wing of Palestinian group Islamic Jihad, claimed responsibility for the rocket attacks, saying in a statement that it was a response to “Israeli aggression.”