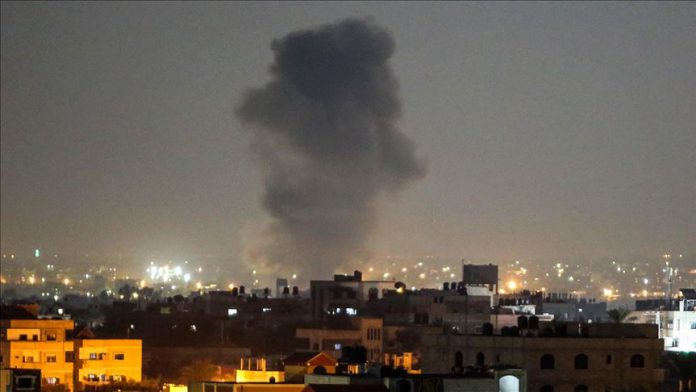 The Israeli army carried out at least 30 airstrikes and artillery attacks Tuesday on several areas of the Gaza Strip, according to the government’s media office in the Strip.

“More than 20 Israeli airstrikes and 10 artillery shelling have been marked in different parts of the enclave since early Tuesday,” it said in a statement.