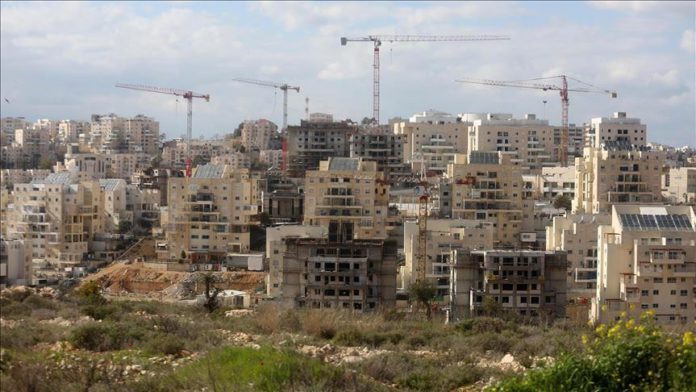 Israel has approved the construction of 12,159 illegal settlement units in the occupied West Bank this year, the Palestine Liberation Organization (PLO) said Saturday.

On Thursday, the Israeli government approved a plan to build 3,212 new units in the Jewish-only settlements in the West Bank.

“The [Israeli] move came after the signing of normalization agreements with the United Arab Emirates and Bahrain under US auspices,” the PLO said in a statement.

Last month, the UAE and Bahrain agreed to establish full diplomatic, cultural, and commercial relations with Israel after signing controversial US-sponsored agreements on Sept. 15 at the White House.

Abu Dhabi and Manama alleged that their deals with Israel halted the Israeli annexation plan, which takes almost 30% of the occupied West Bank. However, on several occasions Israeli officials, including Prime Minister Benjamin Netanyahu, confirmed the plan is only postponed.

Moreover, Israeli authorities on Thursday issued three military orders to confiscate 11,000 dunums (around 2,700 acres) from the occupied Jordan Valley in the West Bank.