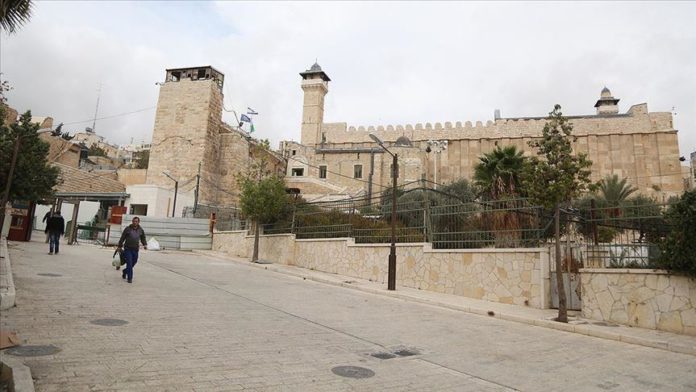 Israeli authorities prevented more than 2,000 Palestinians from entering Hebron’s Ibrahimi Mosque on Thursday to mark the birthday of Prophet Muhammad.

“More than 2,000 Palestinians were prevented from accessing the mosque in a serious violation of the freedom of worship,” he said.

Hundreds of Palestinians protested at the gates of the mosque, according to an Anadolu Agency correspondent.

The move by Israel comes after the publication of cartoons insulting Prophet Muhammad in France that have sparked a wave of anger and protests across the Islamic world as well as campaigns to boycott French products.

Revered by Muslims and Jews, the mosque’s complex is believed to hold the burial sites of prophets Abraham, Isaac and Jacob.

After the 1994 massacre of 29 Palestinian worshippers inside the mosque by Jewish extremist settler Baruch Goldstein, Israel divided the mosque between Muslim and Jewish worshippers.

Hebron is home to 160,000 Palestinian Muslims, and about 500 Jewish settlers who live in a series of Jewish-only enclaves heavily guarded by Israeli troops.