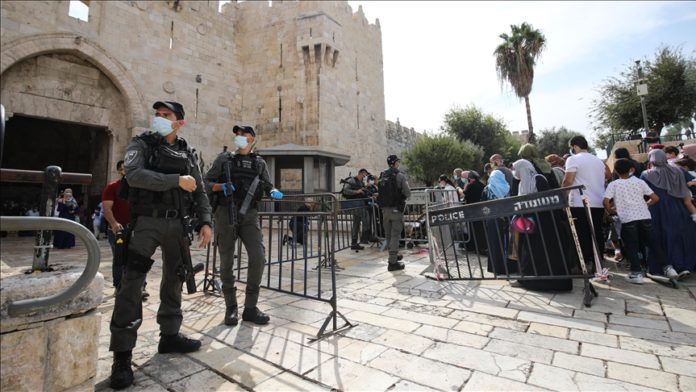 For the fifth week in a row, Israeli police on Friday prevented hundreds of Palestinian residents of the occupied West Bank from reaching Al-Aqsa Mosque to perform Friday prayer.

According to an Anadolu Agency correspondent, Israeli police stopped worshipers from the West Bank at checkpoints at the entrances to the Old City in Jerusalem.

Israeli police asked all worshippers to show their identifications to prove they are not from the occupied West Bank.

The Palestinians, who were prevented from reaching Al-Aqsa Mosque, performed Friday prayers on the streets near the Old City.

The Israeli police erected checkpoints at the entrances to the Old City in the morning.

Thousands of residents of East Jerusalem and Palestinians living in Israel performed Friday prayer at the Al-Aqsa Mosque amid strict security measures.

Israel requires residents of the West Bank and Gaza Strip to obtain special permits in order to reach Jerusalem or pray at Al-Aqsa Mosque.

How did Gulf media report Israeli delegation to UAE?