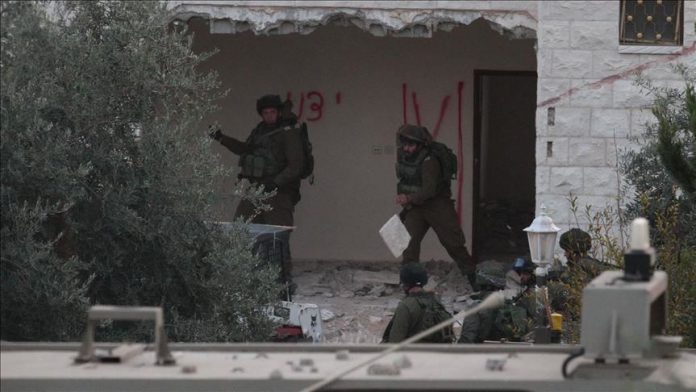 Israeli forces arrested a number of Hamas leaders during an overnight raid carried out across the occupied West Bank, according to a Palestinian NGO on Thursday.

In a statement, the Palestinian Prisoners Society (PPS) said that six Hamas leaders were arrested from their houses in the southern West Bank city of Hebron.

“It also arrested four other Hamas leaders at their houses in the city,” it added.

According to the PPS, the Israeli army also arrested Shatha Hassan, a Palestinian activist,

Pakistan's 'lonely' elephant is fit to be moved

OPINION – Genocide deniers more brazen than ever on 25th anniversary...