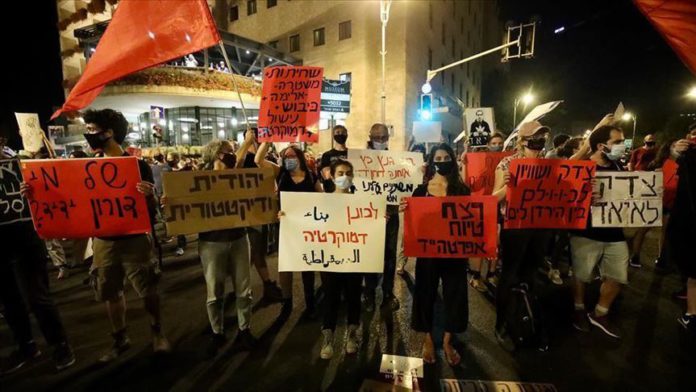 In a statement, the police said it arrested the protesters on Thursday on charges of causing public disturbance, as well as assaulting police officers and other protesters.

Thousands of Israelis staged a mass protest in front of Netanyahu’s residence demanding his resignation for what they say his mishandling of the coronavirus crisis as well as corruption cases against him.

The police statement said that most of the protesters left the Paris Square after the end of the protest but some of them remained at the square by the prime minister’s residency.

It added that the police dispersed the protesters in order to restore the public order.

The protests started last month demanding Netanyahu’s resignation over corruption charges. The police have arrested around 100 protesters over the past two weeks.