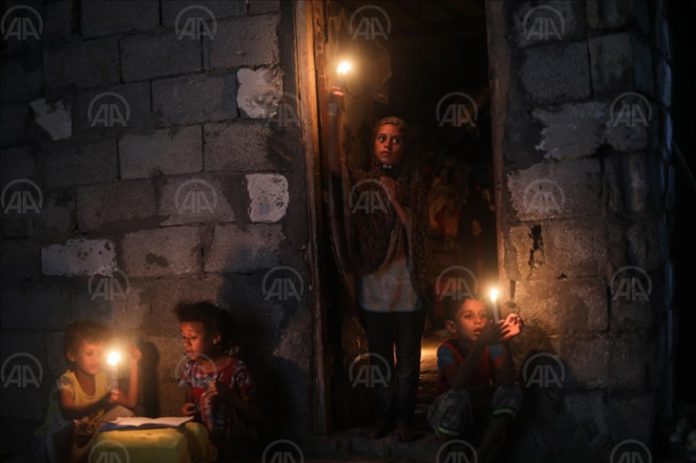 Israeli authorities have arrested 230 Palestinian children since the beginning of this year, the Palestinian Prisoner Society (PPS) said Sunday in a report.

The report comes just a day before Palestinian Children’s Day, which is celebrated annually on April 5 with cultural, educational and media activities aimed at raising awareness on the plight of Palestinian children, “who lack the most basic rights due to the Israeli occupation,” according to the official Palestinian news agency WAFA.

The arrests were concentrated in the occupied city of Jerusalem, said the PPS, which monitors the conditions of detainees in Israeli prisons.

The rights group said that detainees are often released either on bail or by transferring them to house arrest, without indicating the numbers of those who were released.

“The imprisoned children are subjected to various forms of abuse, including being denied food or drink for long hours, verbal abuse and being detained under harsh conditions,” it said.

The Palestinian branch of Defense for Children International (DCI) said in a statement that 85% of the children arrested last year were “subjected to physical violence.”

The organization, a global movement that promotes the rights of children, also noted that it has documented 27 cases in which occupation forces detained children in solitary confinement citing investigation purposes for two or more days in 2020, adding that the practice amounts to “torture or cruel, inhuman or degrading treatment.”

The global movement said it documented the issuance of administrative detention orders without charge or trial against 36 children since October 2015, two of whom are still in detention, adding that the occupation killed nine children in the West Bank and Gaza Strip in 2020.

An estimated 4,400 Palestinians are believed to be detained in Israeli prisons, including 39 women and 350 administrative detainees, according to official Palestinian data.

Administrative detention allows Israeli authorities to extend the detention of a prisoner without charge after the expiration of the sentence, which ranges between two to six months.