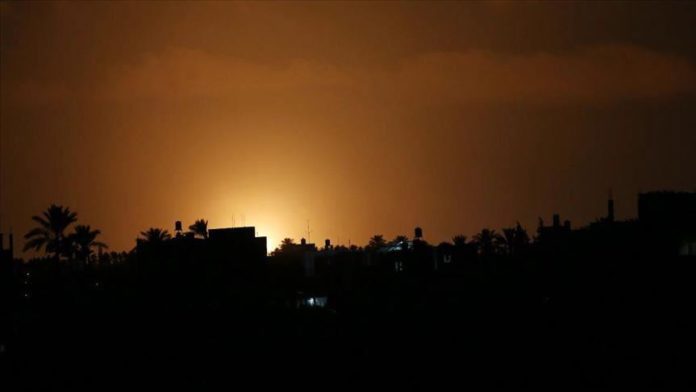 Israel carried out a series of airstrikes in central and northern Gaza Strip late Friday.

The Palestinian Health Ministry said initial reports show a 3-year-old was injured in the attacks.

Palestinian activists have been flying flaming kites and balloons above Israeli territory as part of ongoing anti-occupation protest along the Gaza border. The balloons have caused fires at some locations in Israeli settlements.

The Israeli army frequently organizes air strikes on the border areas, where it claims the kites and balloons are prepared.

The Gaza Strip, which has been reeling under a crippling Israeli air, land and sea blockade since 2007, has seven border crossings linking it to the outside world.

Six are controlled by Israel, while the the Rafah crossing is controlled by Egypt, which keeps it tightly sealed since the ouster of former Egyptian President Mohamed Morsi in a 2013 military coup.