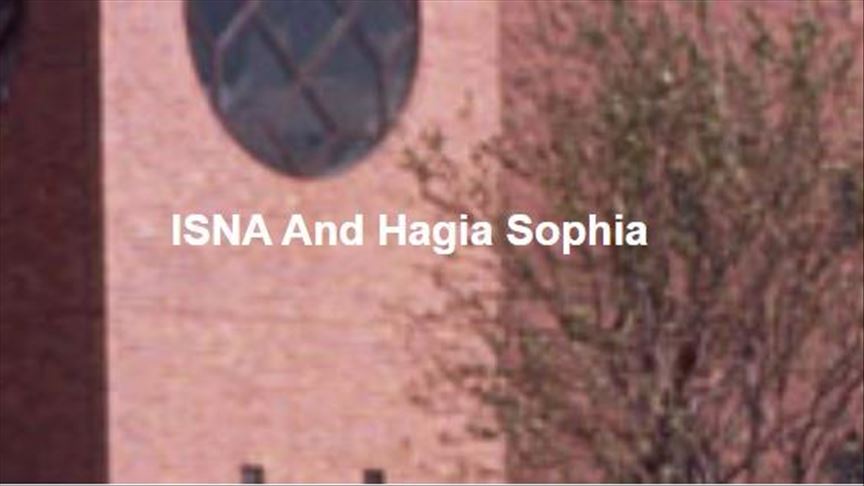 The Islamic Society of North America (ISNA) has released another “personal” statement, this time backtracking from its controversial message on Hagia Sophia.

Sayyid M. Syeed, the president of the Board of Directors of ISNA, a national umbrella organization which has more than 300 affiliates across the US and Canada, issued a statement, saying that criticism of Turkey for turning Hagia Sophia museum back into a mosque was his “personal reflection.”

“My recent personal reflection about the conversion of the Hagia Sophia back to a mosque was aimed to engage a specific circle of intellectuals in theological discussion in light of our rich Islamic history. Hence, it was not an official statement of ISNA as an organization, and ISNA’s Board adheres to a formal policy of non-involvement and not take any official position on this matter,” he said on Thursday.

“Our policy as an organization is not to be involved in controversial international issues, therefore ISNA did not issue a statement regarding the recent development pertaining to Hagia Sophia,” he added, after a barrage of criticism was directed at ISNA from Muslims both in the US and across the world.

Earlier in the week, Syeed said: “We need to work together to convince President [Recep Tayyip] Erdogan not to convert Hagia Sophia into a mosque in Istanbul. Hagia Sophia was built as a Church and a pride of the Greek Orthodox Church which commands the loyalty of Greek Orthodox Christians counting some 300 million in Greece, Turkey and around the world.”

Thousands of Muslims have taken to social media after Syeed’s controversial statement, mostly urging him to resign from his role or ISNA to clarify the matter.

Two prominent members of the Muslim community in California, who spoke to Anadolu Agency on condition of anonymity, said they “heard from local leaders that he issued the statement without the approval of the ISNA board.”

Last week, Turkey’s Council of State, highest judicial body, annulled a 1934 cabinet decree, which had turned Istanbul’s Hagia Sophia into a museum, paving the way for its use again as a mosque after 85 years.

It ruled that the architectural gem had been owned by a foundation established by Ottoman Sultan Mehmet II, the conqueror of Istanbul, and presented to the community as a mosque in 1453 — a status that cannot be legally changed.

The Hagia Sophia was used as a church for centuries under the rule of the Byzantine Empire. It was turned into a mosque following the conquest of Istanbul in 1453.

Respected Muslim scholars and millions of Muslims in Turkey and across the world have hailed the move, while many Islamophobes and anti-Turkey circles have slammed it.

‘Syeed should be removed’

American scholar of Islam Joe Bradford, who holds a Master of Islamic Law from the University of Medina, has also issued a statement during the week, urging ISNA to remove Syeed if he has released the earlier statement without approval.

“If this is actually @ISNA’s official statement (I could not find it on their website) and not an individual attempt by it’s president to use the organization’s name, then:

“1- ISNA must remove Dr. Sayyid M. Syeed and any other Shura members who greenlit this statement.

“2- Issue a public apology to American Muslims for speaking in their name against the restoration of one of the houses of Allah.

“3- Apologize to Turkey and the Turkish people for meddling in their affairs, characterizing this as an individual action when Turkish courts have opined on the matter, and for aligning themselves against their fellow Muslims,” he said on Facebook.