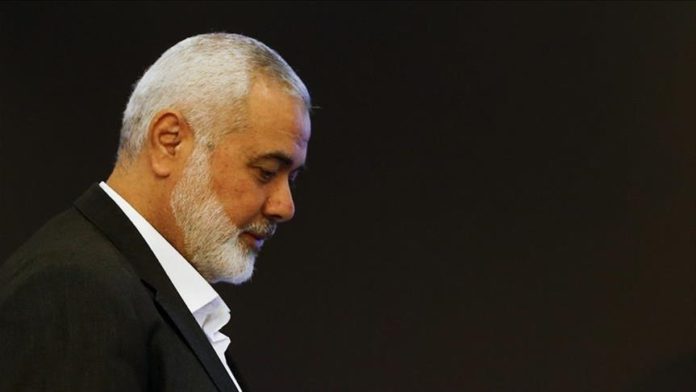 Consensus has been reached inside Palestinian group Hamas to re-elect Ismail Haniyeh as the head of the movement’s political bureau for a second four-year term, a Hamas source told Anadolu Agency.

Hamas’ Shura Council, the group’s highest executive authority, is set to convene later Sunday for electing the head of the movement’s political bureau, the source said.

“The agreement to re-elect Haniyeh for a second term came as there was no candidate competing with him for the post,” the source added on condition of anonymity.

According to the source, former group leader Khaled Meshaal has refrained from running against Haniyeh for the post.

Meshaal is currently the head of Hamas in diaspora, while Saleh al-Arouri is the group’s chief in the occupied West Bank and Yehya Sinwar heads Hamas in Gaza.

Hamas holds its internal elections every four years in secrecy due to Israel’s security crackdown against the group.