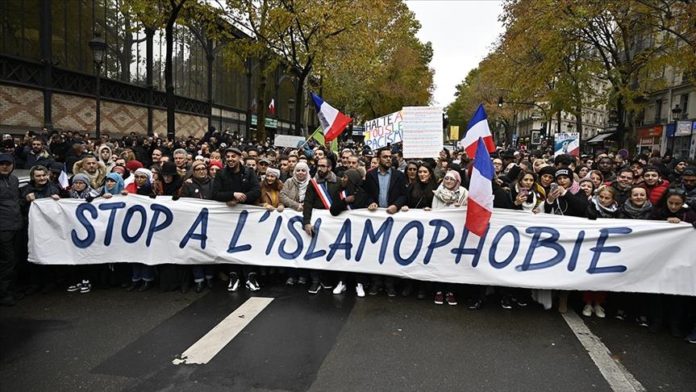 A Muslim butcher and grocery store that sells halal products in the southwestern province of Lot-et-Garonne was targeted on Sunday night.

Setting the store in Bon-Encontre town on fire, arsonists drew two svastika on the wall.

The town fire brigade reported that the store was completely burnt, but no one was harmed.

The public prosecutor initiated an investigation on the attack.

In the other attack that took place in the southwestern province of Toulouse, a pig head and skin was left in front of an Islamic community center.

Meanwhile, the European Collective for Struggle against Islamophobia, a non-profit advocacy group, linked the attacks with a TV program named Zone Interdite that particularly focuses on the alleged threat of radical Islamism.

Electioneering picks up in Pakistan-administered Kashmir