TurkishPress
Home Business Islamophobia is on rise like never before: Turkish FM 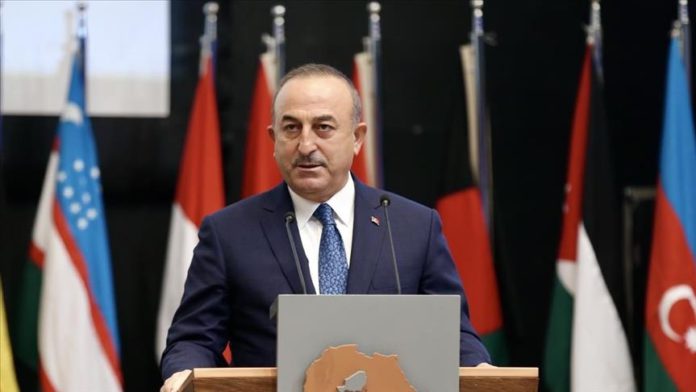 Defining 2020 as “a challenging year” for all, Turkey’s top diplomat said on Friday that, in addition to the COVID-19, Islamophobia is on the rise like never before.

Speaking at the 47th session of the Council of Foreign Ministers of the Organization of Islamic Cooperation (OIC) in Niger’s capital Niamey, Mevlut Cavusoglu pointed out the rising trend of Islamophobia, racism, and anti-migrant discourses, especially in Europe.

“However, migrants and Muslims continue to contribute to their communities. A recent example is the development of the COVID-19 vaccine by two Turks living in Germany,” he said, referring to the scientists Ugur Sahin and Ozlem Tureci.

They attracted the world’s attention in November after their firm BioNTech, in collaboration with US pharmaceutical giant Pfizer, announced a 90% success rate in its initial COVID-19 vaccine.

Saying that Europe lacks visionary leaders, as some of them even dare to reform Islam, he pointed out that the peace and well-being of millions of Muslims in the West are being threatened under cover of counter-terrorism.

In this regard, Cavusoglu recalled arresting children by French police, who were held for more than 11 hours in Albertville, France, on false allegations of “apology of terrorism”.

“We must be awake to this dangerous rhetoric and actions and we should send a clear message regarding our red lines,” he added.

Mentioning that process of normalizing relations encourages Israel and its brutal practices, Cavusoglu stressed that Israel’s decision to suspend the annexation plan is a deception.

“The settlement expansion has reached the highest levels. Their goal is clear to make an independent, sovereign, and continuous state of Palestine physically impossible,” he said.

Noting that there is a growing misperception that the Palestinian issue is losing its central place in the eyes of the OIC countries, Cavusoglu warned that the enemies of the Palestinian cause could take advantage of it if member states do not strengthen the unity.

“If we cannot unite on the cause that lies at the foundation of this organization, how can we defend the unity of Ummah [or Muslim communities] who will take our word seriously?” he added.

In his speech, the foreign minister also reiterated that the joint declaration that was signed by Azerbaijan, Armenia, and Russia, is a promising step towards lasting peace in the region.

Cavusoglu added that voices should also be raised for the fundamental rights and freedoms of the Uyghurs, Rohingyas, Turkish Cypriots, and Turkish Muslim minority in Greece as well as sisters and brothers in Jammu and Kashmir, Muslims in Europe, and the rest.