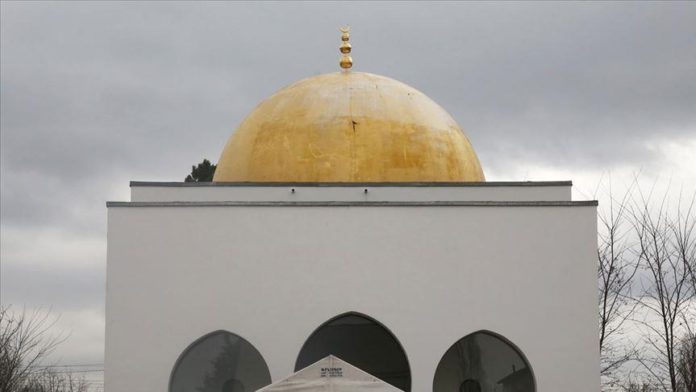 The premises of Al Ghazali Institute of the Grand Mosque of Paris was defaced with Islamophobic and racist inscriptions on Sunday.

Interior Minister Gerald Darmanin condemned the act as “unacceptable degradation” and assured to find the perpetrators of these acts.

The incident took place at the institute’s campus in the southern city of Martigues, close to Marseilles, on Sunday morning.

The Great Mosque of Paris strongly expressed “concern over the increase in acts of intolerance” and urged the “authorities to reinforce in a concrete and consistent way the security of religious places in France.”

“These racist and anti-Muslim tags are an attack on the students who are the future imams of France and who, in the face of such acts, will not give up working for the unity of our society and our country,” it said in a statement.

Chems-Eddine Hafiz, the rector of the mosque, who also heads the Ghazali Institute, organized a support rally on July 11 in Martigues to show solidarity with the imams and students.

This is the fourth such incident this year wherein Islamic cultural and religious places were vandalized by hateful anti-Muslim inscriptions.

In April, the Avicenna Muslim center in Rennes city, and the Arrahma mosque in Nantes, both in the northwestern Brittany region, were attacked with Islamophobic graffiti and arson, respectively, ahead of the Muslim holy month of Ramadan.

Following the incidents, Darmanin had promised security for Islamic places of religion and culture.

Also in February, the under-construction site of the Eyyub Sultan Mosque, which is expected to be Europe’s largest Islamic place of worship, was sprayed with racist inscriptions.

Egypt hosts new round of talks on Ethiopian Nile dam