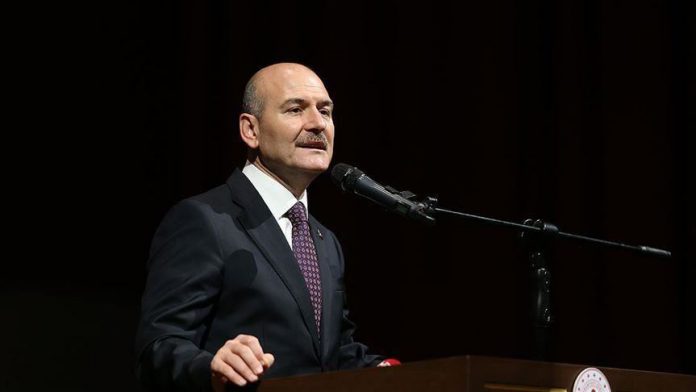 Foreign ISIS/Daesh terrorists being held by Turkey will be repatriated even if their citizenship has been revoked, despite the roadblocks erected by certain countries, said Turkey’s interior minister on Monday.

There are some 1,200 foreign ISIS/Daesh members being held in Turkish prisons, and nearly 300 held from Turkey’s current anti-terror operation in northern Syria, including relatives of ISIS/Daesh members, said Suleyman Soylu.

Countries which fail to deal humanely with immigrants and refugees now create legal problems by resisting taking back terrorists who came from their soil, he said.

Turkey has criticized countries which resist repatriating terrorists by revoking their citizenship.

Soylu said that work is being done to resolve issues with the prisoners.

Some of the ISIS/Daesh members entered Turkey in various periods and were caught, he said.

When caught, they are taken to the judicial authorities, and then either go to prisons or repatriation centers, and Turkey periodically returns them to their home countries, he explained.

On minor children of Daesh members who were held in Syria, Soylu said last month, “In line with our laws, the children will be referred to related institutions to ensure their protection,” saying Turkey would accept them as Daesh-linked Turkish citizens.

According to a Foreign Ministry spokesman, Turkey is “ready to work together with the countries of origin and international organizations for the rehabilitation of spouses and children who have not been involved in crimes committed by foreign terrorist fighters affiliated with Daesh.”