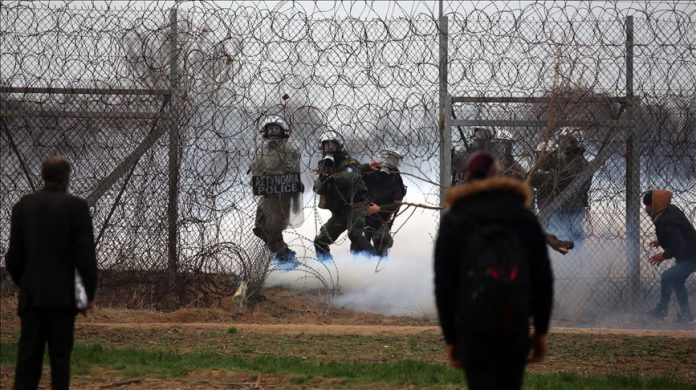 Greek soldiers on Wednesday opened fire on irregular migrants waiting at its border to pass into Europe.

Several migrants in the buffer zone between the border gates of Turkey and Greece were injured and hospitalized after Greek forces showered them with bullets.

Blaming the EU for failing to keep its promises to help irregular migrants, Turkey recently loosened its policy on irregular migration, allowing migrants to seek entrance into Europe.

More than 130,000 irregular migrants have crossed into Europe so far after Turkey opened its borders, accusing the EU of not fulfilling the promises it made as part

OPINION – What is Idlib telling us?

Kashmir under curfew ahead of Aug 5 anniversary