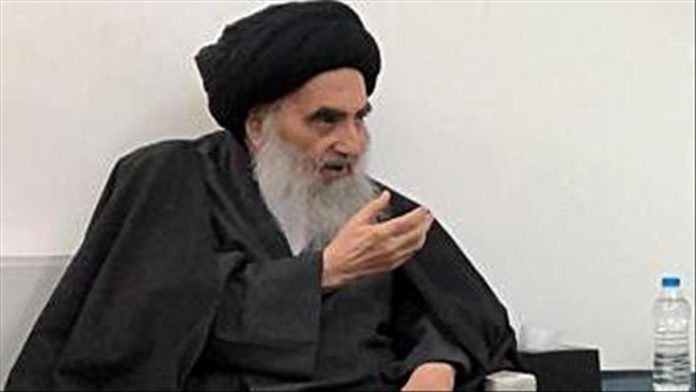 Prominent Shia cleric Ali al-Sistani on Friday urged the formation of a new government away from outside interventions.

In a statement read by his representative Abdul-Mahdi al-Karbalai during Friday sermon in Karbala province, the cleric said: “We hope that the selection of the new prime minister and his members come within the constitutional period and according to the aspirations of the Iraqi citizens away from any external interference — noting that — the religious reference is not a part in any discussion in this regard.”