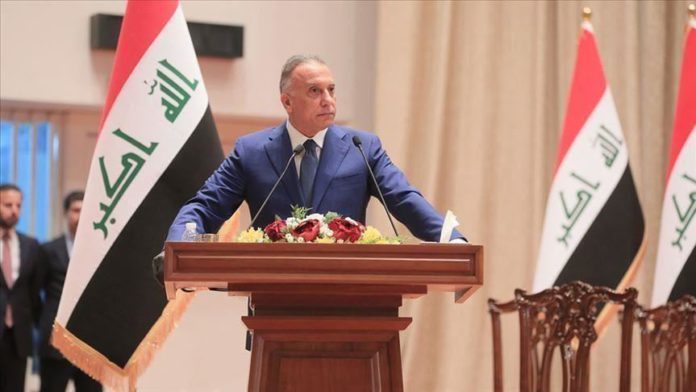 Iraq’s Prime Minister Mustafa al-Kadhimi on Sunday ordered the Ministry of Interior to expedite the process of finding out the whereabouts of thousands of Sunnis who went missing during the war on Daesh/ISIS.

The Cabinet in a statement said that al-Kadhimi “stressed the necessity of expediting the disclosure of those who have been kidnapped or disappeared.”

“This came during his [al-Kadhimi’s] visit to the headquarter of the Ministry of Interior, and his meeting with minister Othman al-Ghanmi as well as ministry officials,” the communique added.

Since Al-Kadhimi got a vote of confidence from the Iraqi parliament amid pressure due to protests, he has taken several decisions on human rights, including the release of protesters and investigating secret prisons.

Thousands of Iraqis disappeared during the 2014-2017 fight between Iraq and the terrorist organization Daesh in Sunni-majority areas, the northwest, of the country. Official figures, however, are not available.

Iraq has been roiled by mass protests since last October because of poor living conditions and corruption. The demonstrations led to the resignation of former premier Adil Abdul-Mahdi in December 2019.

At least 496 Iraqis have been killed and 17,000 injured in the protests, according to Iraq’s High Commission for Human Rights.