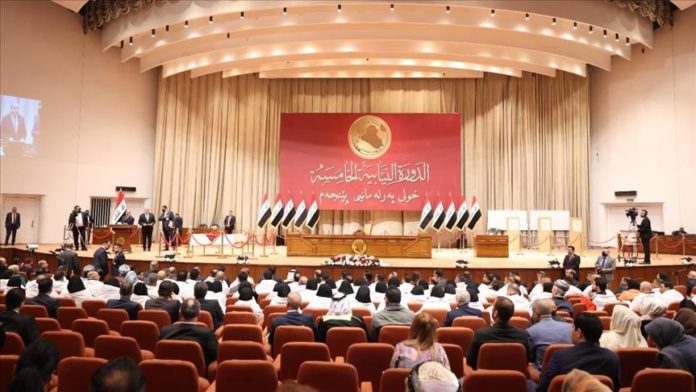 He said the three blocs will meet at the headquarters of Shia cleric Muqtada al-Sadr for talks on the government formation, without providing further details.

Earlier Monday, al-Sadr met with al-Halbousi and Nechirvan Barzani, the head of northern Iraq’s Kurdish Regional Government (KRG) in the southern city of Najaf for talk on the government formation.

Last week, the head of Iran’s IRGC Quds Force, Esmail Qaani, visited Iraq for talks with Shia leaders in an effort to bridge differences between al-Sadr’s Movement and the Shia Coordination Framework.

The Shia Coordination Framework consists of Shia parliamentary groups that seek to form a government without al-Sadr’s support.

Al-Sadr’s Sairoon Alliance emerged the biggest winner in the Oct. 10 elections, with 73 seats in the 329-member parliament, followed by al-Halbousi’s Taqaddum (progress) bloc with 37 seats.