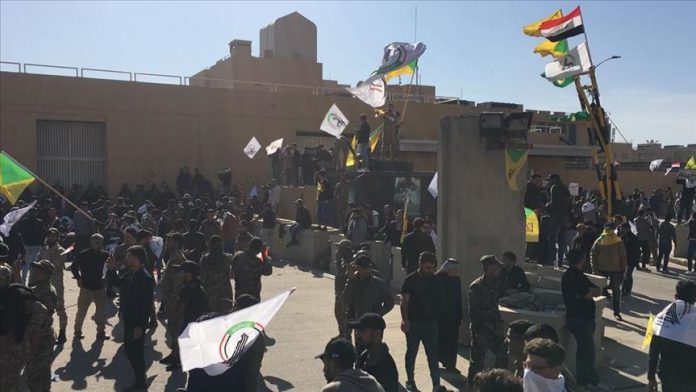 At least 25 people were killed in weekend U.S. airstrikes on positions of Kataib Hezbollah, an Iranian-backed militia group, in Iraq and Syria.

Hundreds of Iraqi protesters gathered early Tuesday near the embassy to show their anger at the U.S. attacks.

According to an Anadolu Agency correspondent at the scene, some Iraqi protesters set fire to the walls surrounding the embassy compound.

An Iraqi security source, for his part, said most of the embassy staffers had been evacuated,