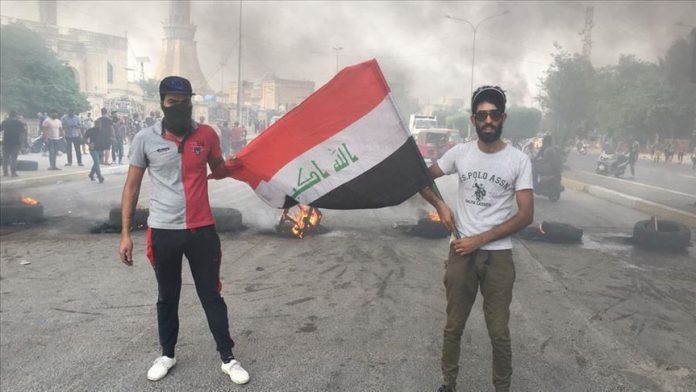 Iraqi protesters blocked access to the main ports company in the southern Basra province on Wednesday, according to a local security source.

“Demonstrators shut the gates of the General Company for Ports of Iraq in central Basra,” the source said on condition of anonymity because he was not authorized to speak to the media.

On Tuesday, angry protesters blocked main roads to oilfields in Basra and prevented employees from going to work.

Iraq has been hit by waves of mass protests since early October over poor living conditions and corruption, forcing Prime Minister Adel Abdul-Mahdi to resign.