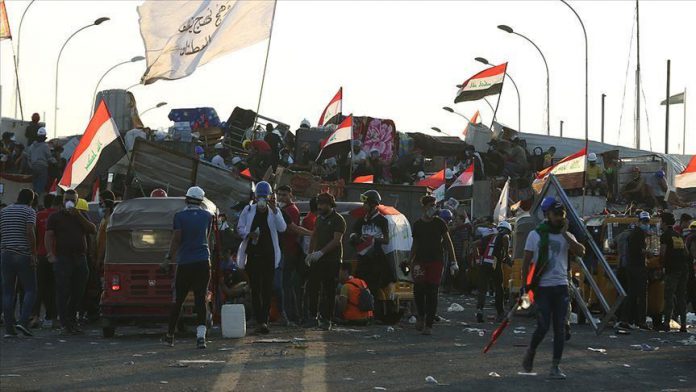 Iraqi protesters blocked main roads leading to oilfields in the southern Basra province on Monday, amid mass demonstrations against corruption.

“Protesters will continue to block the roads with a view to impose general strike in the country,” a local activist said, requesting anonymity due to security concerns.

On Sunday, demonstrators blocked the road leading to the Majnoon oilfield, which has an estimated 38 billion barrels of oil.

Since early October, Iraq has seen mass popular protests against government policies which, according to protesters, failed to address the poor living conditions of Iraqis and end corruption. The demands later developed