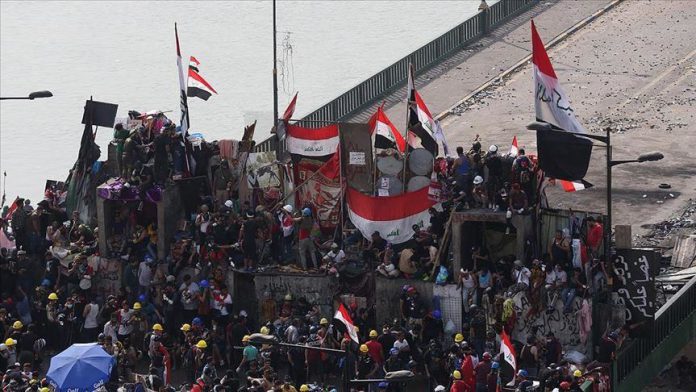 Iraqi protesters blocked a number of vital bridges and roads in the capital Baghdad on Monday as anti-government demonstrations continued for a tenth day.

Demonstrators also sealed off roads and government institutions in the provinces of Babylon, Dhi Qar, Muthanna, Diwaniya, Wasit and Maysan in southern and central Iraq, according to Anadolu Agency reporters.

Monday’s escalation came a day after protesters attacked the Iranian consulate in the Shia holy city of Karbala, bringing down the Iranian flag and replacing it with Iraqi flag.