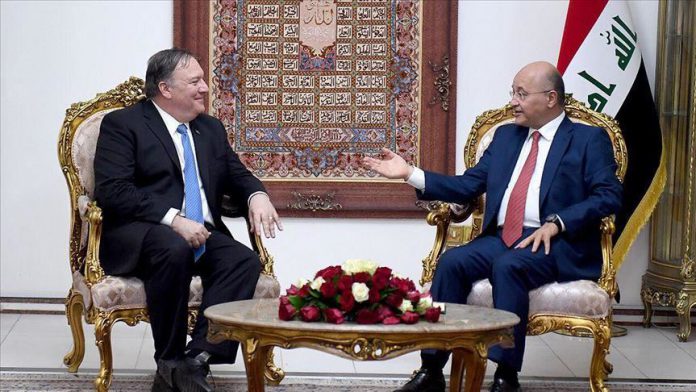 Iraqi president and U.S. secretary of state discussed cooperation in fight against Daesh/ISIS terror group over the phone, according to an official statement announced on Sunday.

Barham Salih and Mike Pompeo “agreed to have further joint cooperation and coordination to tackle terrorism to prevent the resurgence of ISIS jeopardizing international peace and security,” read a statement issued by the Iraqi Presidency.

Saturday’s phone conversation also addressed the latest developments on security and politics in the region and across the globe.

US hits Iran-linked group over rocket attack on base