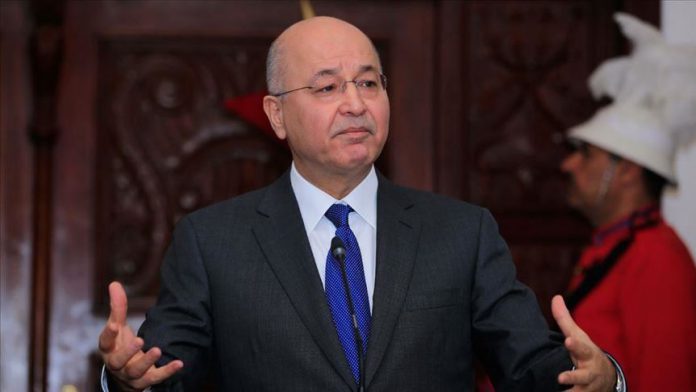 Iraqi President Barham Salih said Thursday he is ready to resign before the parliament amid months-long protests that have gripped the country.

According to a well-informed source in the Iraqi parliament who spoke on condition of anonymity: “Salih will resign if there is further pressure.”

Salih’s announcement comes amid ongoing political deadlock and his inability to designate a prime minister.

“The president says he prefers to resign rather than appoint a candidate the protesters refuse to accept,” the source added.