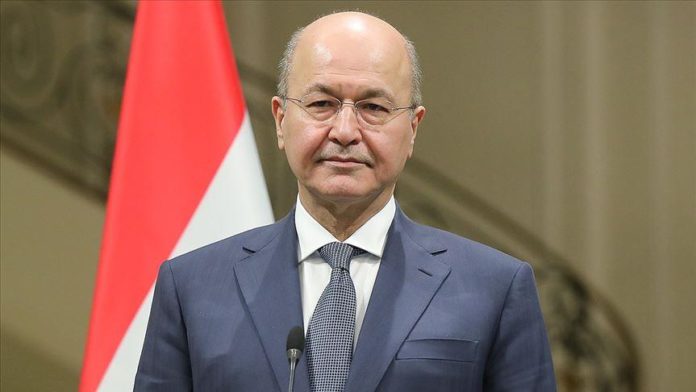 Iraq’s president on Monday signed a decree to hold early elections on Oct. 10.

In a televised speech, Barham Salih stressed the importance of the elections, as they follow “a popular protest movement demanding reforms.”

He went on to say that “securing the right of Iraqis to choose their representatives away from pressure, blackmail, and stealing their voices is a top priority.”

He called on state institutions to accelerate steps necessary to hold fair elections.

Salih also stressed the necessity of effective work and coordination between the country’s High Independent Electoral Commission and the UN to ensure UN supervision and ensure the integrity of the electoral process.

The current parliamentary term was supposed to end in 2022, but political parties decided to hold early elections after widespread popular protests toppled the previous government headed by Adel Abdul Mahdi in late 2019.

In May, the parliament approved an interim government, headed by Mustafa Al-Kadhimi to manage the transitional phase leading to early elections.

Turkey collects over 5,700 cubic meters of mucilage from sea in...