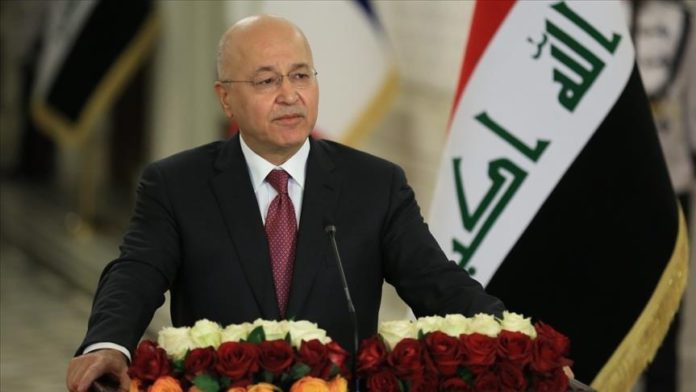 “The attack on the residence of the Speaker of Parliament in Anbar, which resulted in the injury of civilians, is a reprehensible terrorist act,” Salih tweeted.

On Tuesday evening, the Iraqi army said that two civilians were injured as three Katyosha rockets targeted Anbar province’s al-Karma region where the home of Mohamed al-Halbousi is located. A security source said that the rockets landed in the area adjacent to the residence of al-Halbousi.

The president considered that “the timing of the attack targets national and constitutional entitlements, “calling for “the unity of the national ranks and solidarity to protect civil peace.”

The rocket attack took place a few hours after the Federal Supreme Court issued a decision that approved the parliament session held on Jan. 9, in which al-Halbousi was elected speaker of parliament for a second term.