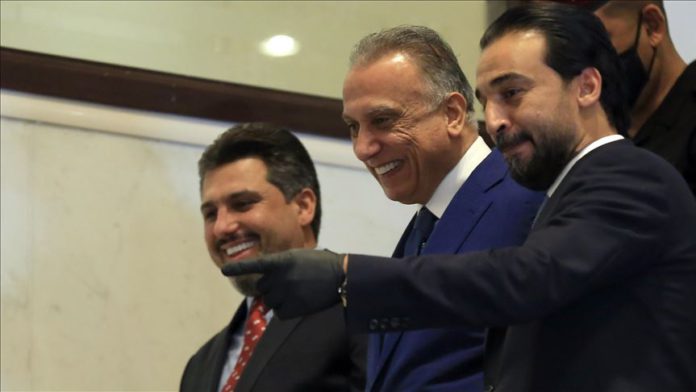 In his first official visit to Iran since taking over as the Iraqi premier in May, Mustafa al-Kadhimi is expected to arrive in Tehran on Tuesday morning, according to reports.

He will be flying to Tehran from Riyadh, following a day-long official visit to the Kingdom. From Tehran, he is expected to take the flight for US to complete his three-nation tour.

Kadhimi’s itinerary came at a critical time when political tensions have escalated in the region. His visit to three countries is seen as part of efforts to de-escalate the situation.

Known for his “good rapport” with both leaders in Tehran and Washington, former journalist Kadhimi took the office in May after six months of political wrangling and violence protests in Iraq.

His “friendly” relationship with Saudi Crown Prince Mohammad Bin Salman (MBS), whom he visited in 2017 together with former Iraqi premier Haider al-Abadi, makes him a possible peacemaker between Tehran and Riyadh.

While Tehran remains “wary” of his close ties with the US and Saudi leadership, Kadhimi has reached out to the government in Tehran in recent months following his appointment as the new premier.

His first visit to Iran, according to observers, will be a “good start” in bolstering bilateral ties and contributing to efforts towards peace and stability in the region.

Among the issues that are likely to figure on the agenda include mutual cooperation in different spheres, banking cooperation, consular issues, commitment to 1975 Algiers agreement on border issues, and railroad connectivity between Iran’s Khorramshahr and Iraq’s Basra, as per reports.

In May, after the meeting between Kadhimi and the Iranian envoy in Baghdad Iraj Massjedi, Iraqi media reported that the Iraqi premier has reaffirmed commitment to improve ties with Iran.

However, the matter that is likely to figure prominently in the talks between Kadhimi and the Iranian leadership is security situation in Iraq and the region, and tensions between Iran and the US.

“The fact that he has carefully drawn his itinerary – Saudi, Iran, US – shows that he wants to play a role in de-escalating tensions between Iran and the US and Iran and the Saudis,” said Mohammad Ibnul Hassan, a political commentator and analyst from Tehran.

Iran and the US have been on collision course since the killing of Iran’s top military commander Gen. Qassem Soleimani in the Iraqi capital in January.

The deputy head of Iraq’s Popular Mobilization Forces (Hashad al-Shaabi) Abu Mahdi al-Mohandis was also killed in the airstrike along with Soleimani.

The tensions between Iran and the US have spilled over to Iraq. In the last six months, the US bases and military convoys in Iraq have come under intermittent rocket attacks, ostensibly from the groups backed by Iran. These groups have also been targeted in airstrikes.

While Iran has distanced itself from these attacks, it has called for the departure of US forces from Iraq.

April 29, 2020
We use cookies to ensure that we give you the best experience on our website. If you continue to use this site we will assume that you are happy with it.Ok