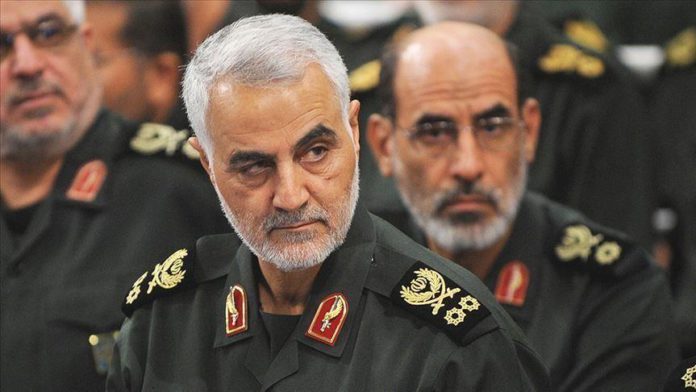 The Iraqi Parliament on Saturday commemorated the first anniversary of the killing of Iranian General Qasim Soleimani in a US drone airstrike.

Soleimani was killed along with Abu Mahdi al-Muhandis, the deputy leader of Iraq’s Hashd al-Shaabi militia or Popular Mobilization Forces (PMF) in the attack outside the Baghdad airport in January of this year.

Parliament Speaker Mohammed al-Halbousi and PMF leader Faleh al-Fayyad gave speeches at the ceremony during which they praised the role of the two slain men, according to an Anadolu Agency reporter.

A photo exhibition of the two men was held as part of the commemoration ceremony.

The US has repeatedly said that Soleimani was responsible for attacks targeting US soldiers in Iraq and other areas.

Halkbank to appear in US court in sanctions case