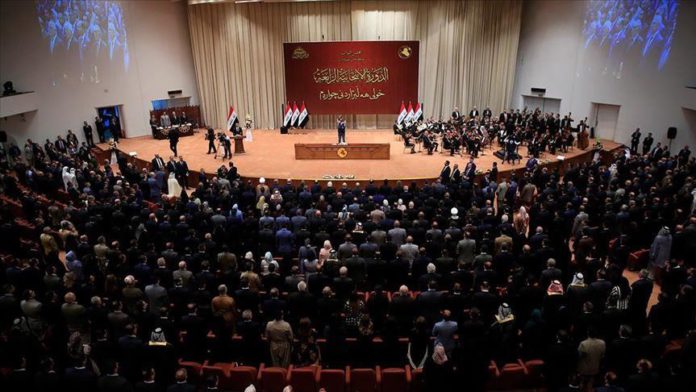 Iraq’s Parliament Speaker Mohamed al-Halbousi on Sunday accused the government of “dragging its feet” on carrying out reforms and holding early elections, despite growing public demands.

“The reform process has slowed down again and again despite efforts of the good and honorable [people] in this country,” al-Halbousi said in a statement.

He said the government’s actions came “despite the legitimate demands of the people for change and reform through early elections and a government program that fulfil the people’s demands”.

The speaker said the Iraqi parliament has shouldered the responsibility of “proceeding with reforms despite all difficulties, by enacting strict preventive and fundamental legislation”.

Iraq has been rocked by protests since October over deep-seated corruption and poor public facilities. The demonstrations has forced the government of former Prime Minister Adel Abdul-Mahdi to resign.

Protesters call for fundamental reforms in Iraq and holding early elections in the hope of overthrowing the ruling political class.

The new government of Prime Minister Mustafa Al-Kadhimi, formed in May, has pledged to carry out reforms to pave the way for early elections in the country.

Al-Kadhimi’s government has set June 6th of next year for holding early elections, pledging to conduct the vote under international supervision and far from the sway of weapons.