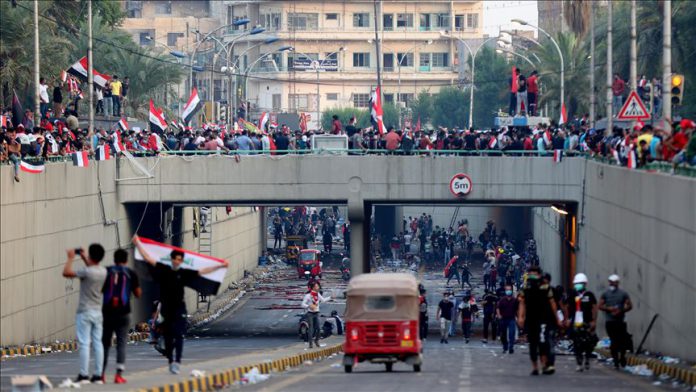 Media reports earlier said at least 20 people had been killed and hundreds injured when security forces dispersed a protest camp in central Karbala.