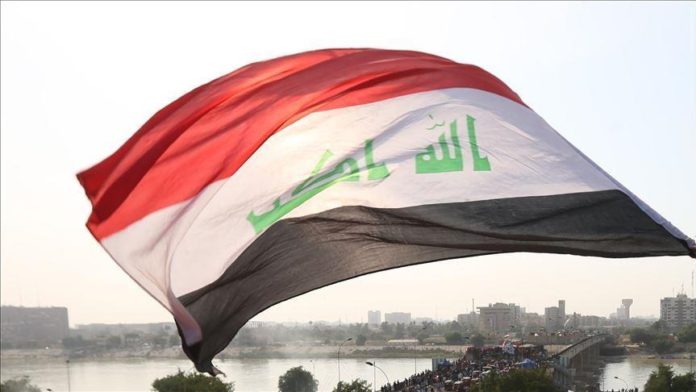 The US invaded Iraq on March 19, 2003, on the premise that there were weapons of mass destruction in that country.

This marks the 19th anniversary of Operation Iraqi Freedom, a moment that strikes home with Zaid al-Mahdawi, an Iraqi living in Houston who was in Baghdad when the war began.

“Most of the people in my country knew before the US invasion that (weapons of mass destruction) was a pretext, a false flag, that the US and Allied Forces used to make the ends justify the means,” al-Mahdawi told Anadolu Agency.

Al-Mahdawi was a political officer for the United Nations Assistance Mission of Iraq at the time.

“There was a lot of sadness when the war began because of all that happened to our people,” he said. “There was a humanitarian cost. Whole cities were destroyed. Many innocent people were killed.”

The basis of the war hinged on the 16 words uttered by President George W. Bush at his State of the Union address on Jan. 8, 2003.

“The British Government has learned that Saddam Hussein recently sought significant quantities of uranium from Africa,” he said, referring to the then-president of Iraq.

“The statement was based on faulty intelligence from a compromised source that was itself caught up in the politicization of intelligence to provide basis for taking action against Saddam,” said Prof. Kristian Coates Ulrichsen, a fellow for Middle East studies at Rice University’s Baker Institute.

“The US and Britain went to war to eliminate weapons of mass destruction which Iraq was presumed, erroneously, to have retained,” Coates Ulrichsen told Anadolu Agency. “The Bush administration also believed there was a link between Saddam Hussein and Al-Qaeda, which British officials tried unsuccessfully to counter, as no such link existed.”

The invasion led to the capture of Saddam in December 2003. He was handed over to a court for trial, found guilty and executed in 2006.

But political turmoil in Iraq, the US military’s continued presence in the region and no trace of chemical weapons being found created a firestorm of criticism against the US, as to why they invaded Iraq in the first place.

“The Bush administration initially attributed much of the early resistance to US-led forces in Iraq to ‘regime dead-enders,’” said Coates Ulrichsen, “but the fact that the war continued long after Saddam’s capture and execution indicated that the insurgency had far greater depth than was at first assumed.”

Nearly two decades later, Iraqis like al-Mahdawi are still frustrated and angry about a war they believe should never have happened.

“The US spent billions and billions of dollars for nothing,” said al-Mahdawi. “Just because you are stronger, doesn’t mean you are smarter. The US felt it knew everything but didn’t want to listen to anyone else. They removed the regime, but they couldn’t control the country.”

Because of the false pretenses that led to the war and the fact that no chemical weapons or weapons of mass destruction were ever found, America has since been seen in a different light by the rest of the world.

“The invasion of Iraq caused immense damage to the American and British image in the Middle East,” said Coates Ulrichsen, “which was comparable in the British case to the fallout from the Suez Crisis in 1956 and which took a generation to recover from.”

“The Iraqi people suffered a decade of internal displacement caused by the multiple and overlapping conflicts triggered by the invasion and the insurgency and which culminated in the horror of the emergence of ISIS and its capture of large areas of Iraq between 2014 and 2017,” he added.

“That war was a huge historical mistake,” emphasized al-Mahdawi, “The US lost credibility and made things worse. This will have a long-term effect, with people always saying, ‘Hey, Iraq, remember what the US did?’”

But there is a double-edged sword to the war that al-Mahdawi does not want to let go unnoticed or unrecognized. He moved to Houston with his family in 2015 to find a better life and live in a free country.

“The system helped me and is really great,” said al-Mahdawi, who applied for American citizenship in 2022.

“(The US) has really provided me an alternative home with open arms,” he said. “They don’t treat me differently because I am from a different culture or have a different religion or have an accent when I speak.”

Like many Iraqis and Iraqi-Americans, al-Mahdawi said the world will never forget the atrocities of the war.

“It was a huge mistake that can’t just be stricken from the record,” he said.

But al-Mahdawi believes lessons can be learned from history and hopes the US will not make the same mistake.

“We accept the things we can’t change because it’s out of our control,” he said. “I have hope that the US will find good solutions and make important and significant changes in how they deal with other countries.”

“We must move on, be realistic that we cannot change the past, and go forward to the future,” added al-Mahdawi.