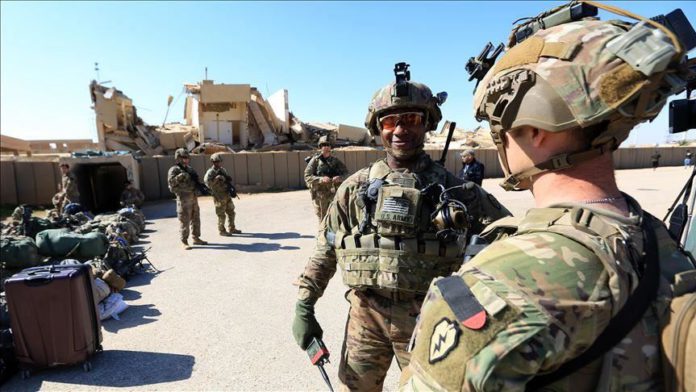 Iraq and the US discussed bilateral relations, including boosting the capabilities of the Iraqi forces, the Iraqi government said on Saturday.

The talks tackled “enhancing the combat capabilities of the Iraqi security forces in a way that takes the relations between the two countries to a new phase,” the government said in a statement.

The discussions also dwelt on the issues of the displaced and minorities as well as bilateral cooperation in the security, economic, educational and other fields.

“Iraq is a sovereign state, and any relationship should be based on this principle,” the statement quoted al-Kadhimi as saying. He underlined the need to strengthen cooperation with Washington, especially in the economic field.

The Iraqi premier said the issue of the displaced was a major priority for his government. “We are resolved to return the displaced to their areas and solve the problems facing minorities in Iraq,” he said.

Pelosi, for her part, hailed steps taken by the Iraqi government since it came to power.

“Iraq is an independent and important country in a difficult region, and there is a consensus to support the independence of the [al-Kadhimi] government and…support government efforts in the war against Daesh/ISIS.”

Al-Kadhimi is set to conclude his four-day visit to the US later Saturday, his first trip to Washington since he took office in May.