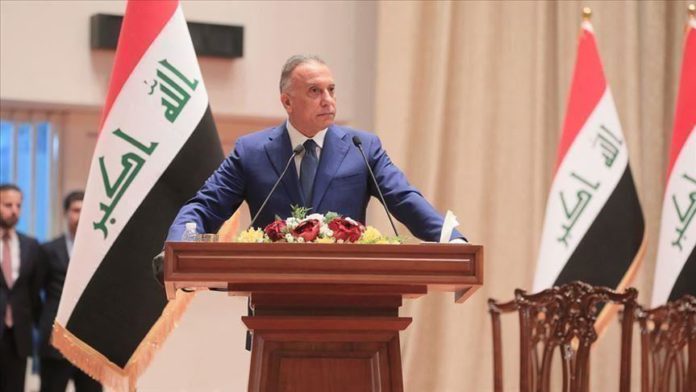 Iraqi Prime Minister Mustafa al-Kadhimi on Sunday called on Tehran to cooperate with Baghdad to establish stability in the region.

Al-Kadhimi held talks in the Iraqi capital with Iranian Foreign Minister Javad Zarif during which they discussed means of bolstering bilateral relations in all fields, according to a statement by his office.

“Iraq seeks to reiterate its balanced and positive role in making peace and prosperity in the region, in a way that serves all peoples of the region with stability, welfare and sustainable development,” the Iraqi premier said.

Zarif said Iran looks forward to a new phase in relations with Iraq.

Al-Kadhimi is scheduled to visit Iran later this week for talks with Iranian officials on bilateral cooperation.

Zarif’s visit to Iraq is the first since al-Kadhimi took office as prime minister in April.

Tension between Iran and the US reached an unprecedented level when the latter assassinated Iranian General Qasem Soleimani in Baghdad in early January.

“The Iranian-Iraqi relations are strong and have further improved following the war on the Daesh/ISIS terrorist group,” Zarif said in a joint press conference with his Iraqi counterpart Fuad Hussein.