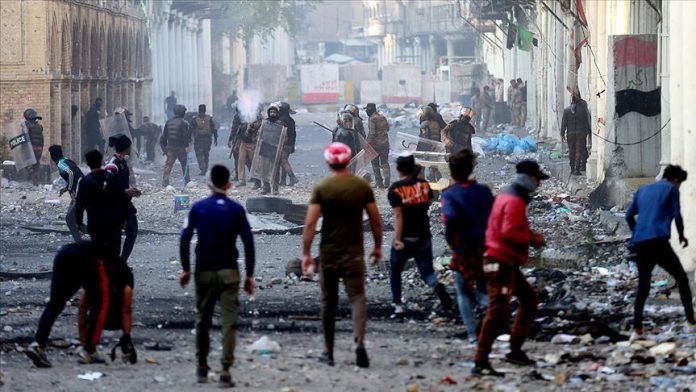 The Iraqi protesters in Baghdad’s Tahrir square threatened Thursday of more escalating steps in case the prime minister to be assigned comes against their conditions.

According to a statement issued by the Tahrir Square-based activists, they warned the Iraqi parliament’s political blocs of selecting a prime minister who may fail to meet the aspirations of the protesters.

The statement said that what’s happening behind the scenes doesn’t reflect the seriousness of the political class in addressing the Iraqi people’s demands.