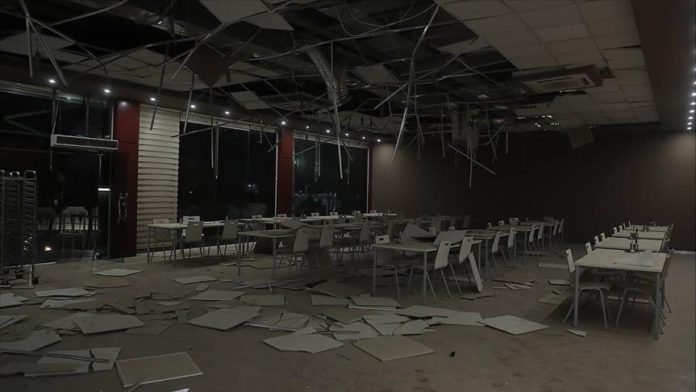 “The reactions of the KRG and the people of Kurdistan regarding the attack, which sparked concern among the public, were conveyed to Nasrullah Rashnudi,” the KRG’s Department of Foreign Relations said in a statement.

The statement strongly condemned the weekend attack, which it said was carried out without any justification, and underlined that Iran should not repeat such attacks.

The sovereignty of Iraq and the Kurdistan Region must be respected, the statement said, adding such attacks do not coincide with the principles of friendship and neighborliness.

The IRGC said it targeted Israeli facilities in Erbil in response to an Israeli airstrike on the Syrian capital Damascus on March 7 in which two IRGC officers were killed.

The KRG said the missiles were fired from outside Iraqi borders toward a new building of the US consulate in Erbil and surrounding residential areas, leaving one civilian injured.

Earlier, the KRG slammed the Iranian attack, saying the “silence of the international community makes it easier for such crimes to happen.”