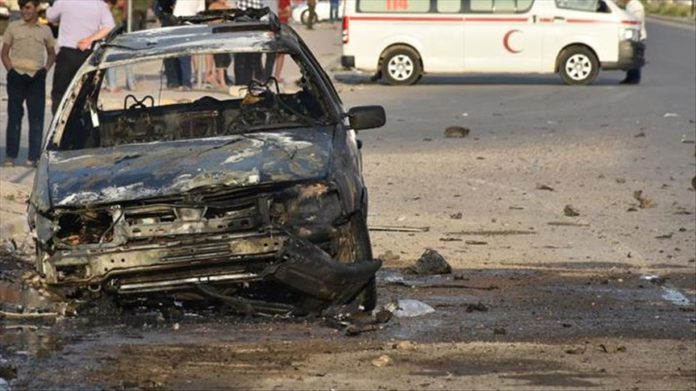 A roadside bomb in Iraq’s southern Al-Diwaniya province on Wednesday targeted a convoy carrying logistics for the US-led anti-Daesh/ISIS coalition forces in the country, a security source said.

There were no reports of casualties, the source said, adding that “limited material damage” was caused.

Washington blames armed Iraqi factions linked to Iran for being behind attacks targeting US interests in the country including its embassy and military bases where US soldiers are situated.

The Shia Hashd al-Shaabi group of nearly 40 militias with links to Iran has claimed responsibility for attacks on anti-Daesh/ISIS forces in the past and is said to be a part of the Hezbollah Brigades, which is backed by Iran.

Anadolu Agency has recorded 29 similar attacks in different parts of the country in the past 10 weeks.

On Thursday, an Iraqi security officer was wounded following an explosion targeting a convoy of supplies for the US-led coalition in the same province.

Currently, there are around 3,000 troops, including 2,500 US forces, fighting in the anti-Daesh/ISIS coalition.

Iraqi political forces have called for the withdrawal of the US troops in the country under a parliamentary decision issued on Jan. 5, 2020.

* Ibrahim Mukhtar in Ankara contributed to this report.