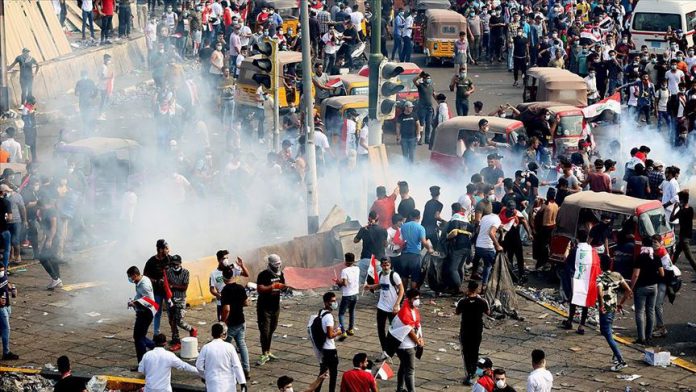 Iraqi forces restored order around the Iranian consulate in the holy city of Karbala on Monday, a day after protesters attacked the building, a local security source said.

“Anti-riot forces and police managed to control the situation around the consulate,” the source said, requesting anonymity because he was not authorized to speak to the media.

He said 12 protesters were injured in clashes around the building.

On Sunday, protesters attacked the consulate in the southern city, bringing down the Iranian flag and replacing it with Iraqi flag.