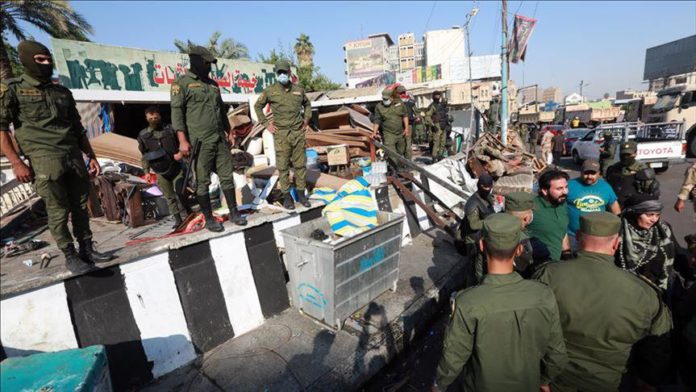 Iraqi military forces on Saturday reopened the Tahrir Square, the epicenter of anti-government protests in the capital Baghdad.

“Iraqi forces reopened the square and the Republic Bridge to traffic,” Maj. Gen. Qais al-Muhammadawi, the head of Baghdad Operations, said in a statement.

According to an Anadolu Agency reporter in the area, army forces removed protest tents in the square. There were no reports of clashes between security forces and protesters.

The Tahrir Square was shut by protesters last year as part of anti-government demonstrations against deep-seated corruption and poor living conditions in Iraq. The protests had forced former Prime Minister Adil Abdul-Mahdi to resign.