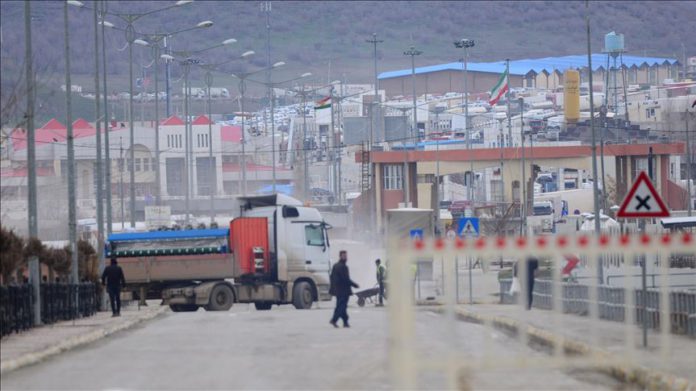 Iraq partially reopened the Mandali border crossing with Iran on Saturday after a 3-month closure due to the coronavirus pandemic.

The terminal, in the eastern Diyala province, will be operational for two days a week for trade exchange, the Iraqi Border Crossing Authority said in a statement.

Speaking during the reopening ceremony, al-Kadhimi said his visit to the terminal was a “message to all corrupt people that they would not have a foothold at the border crossings”, according to the statement.

The Mandali crossing is the third Iraqi border point to be reopened with Iran. The Basra and Wasit crossings in southern Iraq were earlier reopened.

On March 8, the Iraqi authorities shut five commercial crossing points with Iran in an effort to contain the spread of coronavirus in Iraq.

According to International transparency groups, Iraq is among the most countries that suffer from high rates of corruption and misuse of public funds.

August 14, 2020
ANKARA Turkey's current account balance posted a deficit of $2.93 billion in June, slightly down from the market expectation, according to the Turkish Central Bank...

April 30, 2020
We use cookies to ensure that we give you the best experience on our website. If you continue to use this site we will assume that you are happy with it.Ok