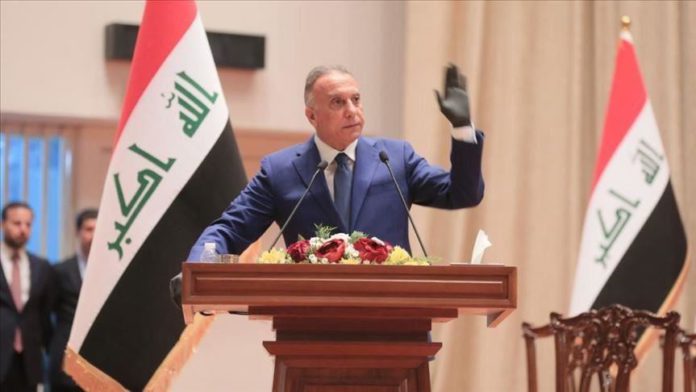 Iraqi Prime Minister Mustafa al-Kadhimi vowed Sunday to prosecute and punish those involved in recent attacks on activists in the country.

“Outlawed groups are trying to terrorize the people of Basra and threaten them… Basra is important to us and we don’t accept any failure in maintaining security,” al-Kadhimi said in televised statements after his meeting with security officials in the city.

“Uncontrolled weapons and tribal disputes are unacceptable; there must be a preemptive action,” he said. “Violations and breach of law can’t be treated transiently.”

The southern city has seen several attacks on political activists as well as violent clashes between rival tribes.

As part of his visit to the city, al-Kadhimi visited the home of activist Reham Yacoub, who was shot dead by unidentified gunmen on Wednesday.

“I swear that those criminals will not go unpunished,” al-Kadhimi said in statements cited by the state-run television.

Popular protests engulfed several Iraqi provinces since October 2019 over the deterioration of living conditions, unemployment and corruption. The demonstrations led to resignation of the government of Adel Abdul-Mahdi.

According to official figures, around 565 protesters and security personnel have been killed since the protests began.

Al-Kadhimi’s government has vowed to prosecute those involved in the killing of activists. No suspect, however, has been brought to justice.